The Endless Grip of Longing 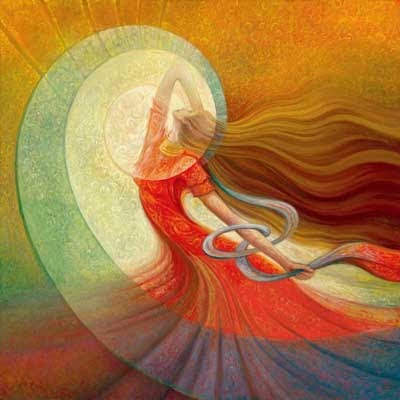 Never goes away
It remains in the heart
Perhaps held at bay
Only to surface
On another dark day
The journey to wholeness
May seem endless
When you’re feeling hopeless
Lost and forgotten
Your dreams have escaped you
What now is your purpose? 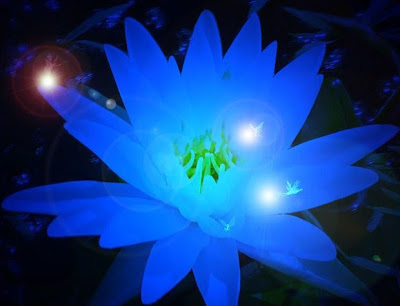 "One thing I've learned, as a good friend once told me, 'God doesn't waste a hurt.' I don't believe God causes hurtful things to happen to us; in fact, I believe He's right there with us in our darkest hour crying as deeply as we are over our pain and suffering. I do believe God provides opportunities for us to find and receive His Love in the midst of our deepest sorrow. And He also brings us to healing solutions and discovering ways we can use our experience to help others." ~ C. Burgess

Thank you for taking the time to visit and read some of my reflections and poems. This site is inspired by the life and spirit of Michael Jackson and is dedicated to his loving memory.

My hope is that you will find a little bit of inspiration in these pages, an extra boost of light for the journey. A journey many of us have been blessed to find ourselves on because of this one amazing human being who shared his heart and soul and genius with us for 50 years.

Following his death in the summer of 2009 I felt compelled, as many of you have, to learn more about Michael, the man, the child prodigy, the musical genius who provided the soundtrack to nearly every decade of our lives, the mysterious 'recluse' about whom much had been written by the media, the magnetic and electrifying entertainer who drew millions to his concerts all around the world, the iconic superstar who could not be seen in public without creating mass frenzy, and most of all, the global humanitarian who gave selflessly from all that he had been given in order to make a difference in the world.

What I have discovered on this God-directed path has had a profound effect on me personally and spiritually. It has changed my life forever. The Gift I have received is the awareness of Michael's brilliance, the immense light which radiated from deep within and was the essence of who he was. His brilliance cast a glaring spotlight on all the darkness in this world, opening our eyes to the realities of the injustice and suffering happening all around us - things we turned a blind eye to because we believed they had nothing to do with us. I whole-heartedly believe that Michael's purpose for being here was to show us the stark and ugly reality of our own indifference as a human race.

God's messages of love, peace, unity, justice, and caring for our planet and the children, were all intended to garner the attention of as many of us as possible through this most unexpected and unconventional spiritual messenger named Michael Joseph Jackson. When you think about it, what better way than through the universal language of music, a medium that would reach millions of young people all around the world? After 4 decades of entertaining us, Michael's messages have reached multiple generations, including a new generation of "fans" since his death. When God decides to send a powerful message, our Creator doesn't mess around! And this one took 50 years to gestate... God also has infinite patience!

The sheer number of people whose hearts and lives have been affected by Michael Jackson's presence on this earth is astounding and will undoubtedly never be matched. What a tremendous difference he made! Those of us who have received this precious Gift must carry his messages of love and peace always. It's the only way to effect the change that is so urgently needed. It's up to us. The Gift must be shared!

Sometimes, for me, the responsibility that goes with receiving this Gift feels so huge and daunting. I get a little shaky and wonder if I can really do all that I've been called to do. From what I've heard, many others have felt the same way at times. This is why we must support each other with our love and light - do everything we can to lift up and encourage one another on this journey.

We each have our own gifts which we bring to this mission - gifts that have been awakened or newly discovered since Michael's passing. Many of us have been called to use these gifts to share the message and inspire others. That, my friends, is what this blog is all about. If you are touched by any of my writings or if you have a reflection of your own to share, I invite you to leave a comment, share the blog with your friends, and say a prayer that others may also be inspired by the words that are written here. I welcome any and all comments that are given in the spirit of love and respect.

May God bless you on your path to making a difference in this world!

With LOVE and HOPE for a better tomorrow,

Char
A Midwestern girl for more than half my life, I ventured to the West Coast in 1986 where I found my true home in southern Oregon. Once here, I understood why it was called God's Country with its majestic mountains, endless pine forests, clean air & water, pristine ocean shores & a temperate climate with all the benefits of the 4 seasons. I enjoy scenic drives & walks in this beautiful country, especially at the coast. I work as an Office Manager for a non-profit organization & have found many blessings in working 24 yrs in a service-oriented profession. I have a beautiful daughter, a delightful son-in-law & 3 adorable grandsons who live nearby. My life has been an amazing adventure, with many lessons to learn along the way. With a solid foundation of faith handed down from my grandmother & my dear mother, this has been the glue which has held me together & seen me through some very difficult times. I have been profoundly inspired by Michael Jackson. His passion to make the world a better place has become my passion & I hope to make a difference in this world for the remainder of my life in whatever ways God calls me.

Websites I Support and Recommend

Once there was a child and he was free
Deep inside, he felt the laughter
The mirth and play of nature's glee
He was not troubled by thoughts of hereafter
Beauty, love was all he'd see

He knew his power was the power of God
He was so sure, they considered him odd
This power of innocence, of compassion, of light
Threatened the priests and created a fright
In endless ways they sought to dismantle
This mysterious force which they could not handle

In endless ways they tried to destroy
His simple trust, his boundless joy
His invincible armor was a shield of bliss
Nothing could touch it, no venom, no hiss

The child remained in a state of grace
He wasn't confined in time or place
In technicolor dreams, he frolicked and played
While acting his part, in Eternity he stayed

Soothsayers came and fortunes were told
Some were vehement, others were bold
In denouncing this child, this perplexing creature
With the rest of the world he shared no feature
Is he real? He is so strange
His unpredictable nature knows no range
He puzzles us so, is he straight?
What's his destiny? What's his fate?

And while they whispered and conspired
Through endless rumors to get him tired
To kill his wonder, trample him near
Burn his courage, fuel his fear
The child remained just simple, sincere

All he wanted was the mountain high
Color the clouds, paint the sky
Beyond these boundaries, he wanted to fly
In nature's scheme, never to die

Don't stop this child, he's the father of man
Don't cross his way, he's part of the plan
I am that Child, but so are you
You've just forgotten, just lost the clue

Inside your heart sits a Seer
Between his thoughts, he can hear
A melody simple but wondrously clear
The music of life, so precious, so dear

If you could for one moment know
This spark of creation, this exuisite glow
You would come and dance with me
Kindle this fire so we could see
All the children of the Earth
Weave their magic and give new birth
To a world of freedom with no pain
A world of joy, much more sane

Deep inside, you know it's true
Just find that child, it's hiding in you.